8MM, SUPER 8MM, 16MM
WE SCANNED MY OWN 8MM REEL AND THEN
WE SENT THE SAME REEL TO A MEMBERSHIP WAREHOUSE STORE.
PLAY BOTH CLIPS TO COMPARE!
WE SCAN FILM IN HD 1920 X 1080!
AS YOU CAN SEE, THE RESOLUTION OF DETAIL IS EXCELLENT.
THE FILM HAD NO SCRATCHES AND THE COLOR DIDN'T NEED ANY ADJUSTMENT.
WE USE A SPROCKET-LESS SYSTEM TO PREVENT SCRATCHING FILM.
THE MEMBERSHIP WAREHOUSE STORE SCANS FILM IN SD 640 X 480.
NOTICE THERE IS MUCH LESS DETAIL, THEIR SCAN ADDED A GREEN TINT
AND THE FILM CAME BACK WITH VERTICAL SCRATCHES.
FILM REEL SCANNING 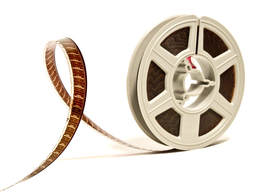 For .MOV, .AVI or any other large file format, there will be a transfer charge to a USB3 thumb drive or an external USB3 hard drive.
If you want us to supply the hardware, there will be a charge for it as well. 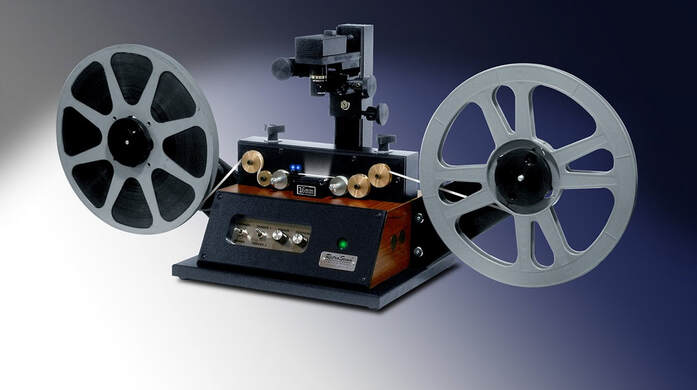 Many of my competitors scan movie film only in SD (720 X 480), because they know that when they put scanned movie film files on DVDs, the HD files will play only in SD. So, there is no practical reason for them to scan movie film in HD. Scanning in SD is faster and less expensive than scanning in HD.

If you want a free set of DVDs as well, we will put your HD movie files also on DVDs, but, remember, DVD files will play only in SD.

Note:
HD files are much larger than SD files, so longer footage reels could create instances where the entire movie will not fit on a DVD. In that case, we recommend the USB thumb drive only.

Please open "USB3 FLASH DRIVE (INCLUDED)" in the box below for details.
DELIVERY MEDIA FORMATS
(CLICK ON THE  +  SYMBOL TO THE RIGHT OF EACH TEXT CHOICE)
DVDS (INCLUDED)
The first DVD set is included at no extra charge.
DVD copies are $5 per disc.

​We use only premium archival grade, JVC/Taiyo-Yuden DVD-R disks
rated to last 100 years with the highest of compatibility ratings for DVD players.
USB3 FLASH DRIVE (INCLUDED)
In addition to a free set of DVDs, we also include a free USB3 thumb drive large enough to hold your movie film .mp4 files!

The free USB thumb drive is provided for movie film .mp4 files only. There will be an extra charge if you would like other file formats, such as .MOV or .AVI delivered on a USB thumb drive or on an external hard drive.
EXTERNAL USB3 HARD DRIVE (OPTION 1)
If we supply a hard drive:
The file transfer is included. Your hard drive choice and cost will depend on the capacity that you need:
500GB    1TB    2TB
Your cost will be quoted at the time of your order.

If you supply a hard drive:
The file transfer to your hard drive is $20 per 500GB or any part thereof.
The hard drive must be external and USB3, empty
and large enough to hold all your digitized film reel files.
BLU-RAY DISCS (OPTION 2)
Each Blu-Ray disc is $20.
A Blu-Ray disc can hold 25GB (about 5 DVDs).
You must have a BD-R optical drive to play a Blu-Ray disc.
CUSTOM DVD MENU TITLES AND PLAYING ORDER
Don't worry about title names, even if you don't know the content of your movie film reels!

You don’t have to spend any time viewing your movie film reels to come up with titles for each, which is a time consuming and tedious task!

You can create titles for your movie film reels AFTER we convert them to digital files!

After we convert your movie film reels, we'll upload thumbnails of your files to Google Drive and email you a link. Just click on the link and view your files and assign title names. Each file has a number, so just email us a list of each number with its corresponding desired title. That’s it! There is no charge for this service.
Free Pick Up & Delivery!
Marina del Rey, Culver City, West Los Angeles,
Santa Monica, Beverly Hills
$150 minimum order for free pick up and delivery
All other L.A. County areas:
$300 minimum order for free pick up and delivery